It’s a new year and with it comes my new transparency studio report on our earnings via the Bearded Giant Store, in-development projects and my open source tools/frameworks. I strongly believe in my Linux 1st Initiative and want more people to join in developing for Linux as a target platform. The best way I can raise awareness towards Linux as a viable platform is to publish my earnings in a monthly income report post and have said earnings, hopefully, grow as I release more games. My goal so far is to reach a steady 300$ / month of income from my web store before the year ends.

I get that for some people 300$ is nothing but do keep in mind that I have other income sources from freelancing to game design courses. I want to grow the Bearded Giant brand/business steadily over the next few years. With more games comes a bigger back-catalogue that will earn income passively and, in theory, each new released game should increase the monthly revenue. My hopes are that with each new income report the numbers get higher and higher and more people are attracted towards setting up their own long-term Linux centered side/main business.

I announced the Bearded Giant Store in December and thanks to Gaming on Linux and the r/linux_gaming subreddit the reception has blown my expectations in terms of sales. As such the turnover for December is way higher than what I expect the norm to be and is reflected in this month (January) sales.

The total amount of sales from December:

December was a great month for me that blew my expectations, however, it’s important to note that a huge chunk of the sales were from people who heard about the Linux 1st Initiative and wanted to support it. As such December will not contribute to my baseline towards the 300$/month target for 2019. For some more juicy December data check this out:

Moving onto January things are a bit different and more in-line with my expectations for this month.

The total amount of sales from January:

Like I previously stated there’s a huge discrepancy between December’s sales and January and that’s because of the amount of traffic sent my way from news coverage on the Linux 1st Initiative. However I’m not taking this as a bad thing since it’s pretty much in-line with my expectations! Let’s go over the other stats:

The total amount of revenue generated from the Bearded Giant Store so far: 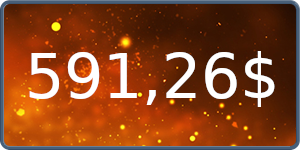 Following up before the end of the month will be a blog post announcing the new game in development for Linux under the Bearded Giant Brand and a progress report on my new game development framework called Pint! If you want to get in contact with me you can do so via our DISCORD server or by sending me an e-mail at contact@beardedgiant.games! You can also follow me on twitter or stay up-to-date with Bearded Giant Games on Facebook!

Thank you Giants and have an amazing year!