I launched the Space Mercs Linux and Windows demo this weekend on itch.io and the Bearded Giant Store. It’s been an amazing weekend for me – the first time I release a game (or a demo) where 90% of the feedback was positive while the rest 10% just focused on improvements needed in the options menu. 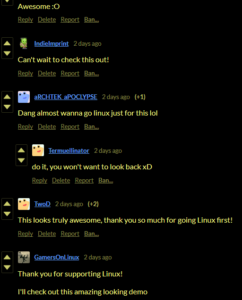 People on the BGG discord, reddit and twitter have been very vocal about their opinions in a good way and that tells me something: That I’m on the right track with this game. However, there’s a grim side to it:

Did you spot it? On itch, after 48 hours, I only managed to get 158 downloads of the demo. Those of you who’ve been following me on twitter know that I need about 500 copies sold during launch month in order to be financially secure till the end of the year. At a sell price of $9.99 that’s around $5000. This would cover my rent and mortgage + cat food and the occasional beer with fellow devs in Bucharest.

Looking at how the demo fared in the first 48 hours it’s clear to me that, even with the improvements suggested by the community, on launch I will not be able to reach my target. If I can’t generate 500 downloads of a free demo, I can’t get 500 sales of a paid version. Simple as that. 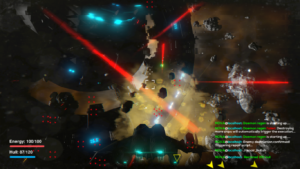 And while I’m still going forward with finishing and launching the game at the end of June, maybe with a small delay to accommodate some of the feedback raised during this weekend, something needs to be said: The chances of me being able to release/make another game this year after Space Mercs are going to be grim. The company is not going to close down but things will move a lot more slowly till next year, as I will have to get a job again.

This is why, after thinking about it for a while, I came to conclusion that I need a publisher for the game. There’s no way I can generate enough interest on my own to reach my target. As such I’m calling out to my followers and friends out there: Help me find a publisher for Space Mercs that can bring the amount of attention the game needs. 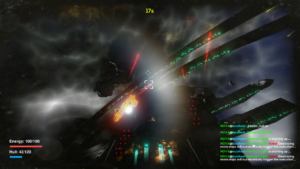 I’m an amazing developer and designer (references can be given upon request). Been in the industry as a professional for 9 years and worked for a handful of professional studios. However, as much as I try, I cannot handle the marketing and publishing side of the business – not yet at least. As such I require a publisher to handle that.

The game, on launch day at the end of the month, will feature: 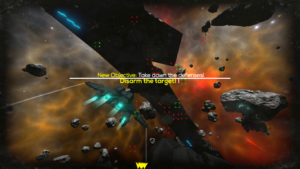 As for performance and spec, the game is designed to look good and run even on lowspec systems. In it’s current state the game runs amazingly well on Integrated GPU’s (like the Intel HD 4000) or low end dedicated cards (GT 730) even at 1080p resolution with all effects turned on.

With the help of a publisher I believe the game can offer quite a few more things to make the experience even better:

The game has been in development for barely a month and a half – and the demo is the result of that. I can work really fast and I am extremely efficient at delivering. I’m a game designer who had to learn to code back in 2006 when engines weren’t in my reach to their price of entry.

I need a publisher who can get the game the attention it needs, which I can’t. My only request is that the game needs to come out with Linux support – it’s something I won’t budge out on.

I’m writing this post because I need to focus on finishing the game before the end of June deadline and I cannot afford to chase down individual publishers. Giants, I need your help to get the word out to indie publishers about this post and game. Please tweet about it, share it on reddit and get a hold of your contacts in the industry. I need your help and support in order to continue making premium games the way you like it!

Publishers or interested parties: You can get in touch with me via e-mail or twitter! Let’s talk about how we can make this work! The game can be ported to the Nintendo Switch and I believe it will work really where there. I can’t afford to apply for a devkit at this stage.