Ever since I announced the Beta test for Space Mercs (which happens on the 20th of May – click here for details) people have been poking me on twitter, reddit and discord about the possibility of releasing the game on Steam – and I’ve been really vague about it. It’s time to see why.

Let’s look at the facts

As with any game developer that tries to take his job at least a tiny bit serious I have to do some market research to understand what exactly to expect and how much I can stretch with my game. When I started working on Space Mercs (which, by the way is exactly one month old – development time wise, today – yay) I had the following goals in mind:

The goals I’ve set for the game are mirroring more or less the goals I have for Bearded Giant Games as a studio and game store: one time purchases of, drm-free, premium games with high replay value and tight+exploitable gameplay mechanics. Or, better said, Bearded Giant Games wants to deliver games with decent graphics, that scratch an itch and are fun to play in 5-10 minutes bursts. I cannot, by myself, produce high quality games with a deep and immersive storyline, that can keep you engaged for hours on end, games that also look great and play amazing. It’s just not possible for me as a one-man studio to do that – I know my limits. If I had a huge budget for my games I’d be crazy enough to try but as things are it’s out of my hands.

So what does this have to do with releasing Space Mercs on steam? Pretty much everything at this point.

I’m not sure how many of you are aware of Ebony Spire’s 2017 release? To keep it short – I expected that I could ship at least 700 copies of the game on Steam in two months. The kicker? I shipped over 6000 copies but not after failing, HARD, to achieve my two months goal. And I reached the 6000 copies sold thanks to one of my blog posts exploding all over Hacker News and Gamasutra – not something I can hope to achieve again today. Well and with the help of a bundle that drastically de-evaluated the game but that’s not the point. The point is that two years ago, when the space was less crowded than it is now, I barely managed to sell 100 copies in two months – on Steam. It was a shocking truth to wake up too but I learned my lesson.

So what are the chances that, in a similar situation, I can outsell Ebony Spire on Steam at release? With objectively the same reach (in terms of marketing) as before? If you’re not going to say it – I will: ZILCH, so close to zero it’s basically being floored back to it.

The truth is, no matter how awesome gifs from the game look like on twitter, my Space Mercs account hasn’t even passed 50 followers yet despite getting a couple of retweets from accounts with a huge number of followers for the past few weeks. I want traction – I’m just not able to get it with my reach.

I’ve been showing off the game to friends, devs and possible future owners, in preparation for the Beta on the 20th of May. A few discussions that spun off from the game was the price tag. I mentioned I’m going to sell it for about 10$ and that I need to sell about 500 copies of the game in order to afford to not do any more contracting work or get a job till the end of this year. A fellow dev I love and respect, rightfully, asked why not go for a 6$ price tag and hope for ~900 sales and the thing is there’s no way I can achieve that. I think.

Truth is I scouted out my “competition” on steam in the past few days and narrowed it down to this excel spreadsheet. It’s split into two categories: Games on the low-end of the indie pricing scheme (<10$) and the high end ($10+). Each entry on the spreedsheet has a Name, a link, the price, number of reviews and estimated copies sold based on the good-ol’ number of reviews * 50 method. Going by the averages games in the low end category average at 8$ and ~6000 copies sold while those on the high end have a price point around 17$ and >80K copies sold.

The game I closest come to in terms of features and scope is Strike Suit Infinity but it clearly kicks my ass at graphical quality (production value) and price point (5.99$). So if that game is objectively better than mine (on paper) does supporting Linux and having the game run well even on old hardware warrant a higher price that SS: Infinity? By almost 100% (9.99$ vs 5.99$)?

As a steam buyer – knowing that Strike Suit Infinity exists on Steam why would you purchase Space Mercs when you can purchase that one? And if you already purchased SSI why purchase SM? And the same argument applies to a few of the other games on that list right now. I beat some of them in an area and they kick my ass in the remaining ones. The only, logical, solution is to drop the price of the game accordingly to somewhere between 2.99$ and 4.99$. But that comes with other problems as well: Will I be able to sell enough copies at a much much lower price point in order for me to reach my goal? At 9.99$ a pop I just need to sell 500 copies of the game and I can work on more Bearded Giant Games till the end of the year. At 4.99$ I’d need to sell 1000 copies. At 2.99$ I’d have to sell >1600 copies of the game.

And this doesn’t even take into account the 30% cut Steam takes, the 10% America cut and my own taxes. So in reality at 4.99$ in order to reach the current goal I would have to sell ~2000 copies of the game on Steam. That’s 4 times as much as if I were to sell it on my own.

Surviving on Indie Games is hard yo….

Okay, you can say “Bro, release it on your website but put it up on Steam and you’ll get some extra cash” which might be true however – this requires extra effort. Maintaining the Steam build (this includes Windows) up-to-date with the BGG version, adding Steam features (cloud saves, trading card games, achievements) and managing support on Steam for the buyers. And no, I’d get little to no exposure or purchases on steam without Steam features btw, so just throwing a build up there won’t even make back the 100$ price for a submission – learned that the hard way.

So what can I do, if I don’t release on steam I KNOW I’ll miss out on some of your hard earned money, my lovely little giants! And it’s not that I don’t want to release on Steam – I already paid the submission fee, it’s just that it’s not worth it at my scale and reach.

But it can be

Hear me out on this one because it’s a doozy and I’m pretty sure I’m the only one who ever thought about trying it this way: I’ll setup the steam page and use it to collect wishlists. With the Steam version being the same as the one on BGG (no steam specific features) I can keep the game page there and keep the steam page in coming soon mode to acquire wishlists as time passes. People that purchase the game on the BGG store will receive a key for the unreleased steam version so they can play it through steam.

The game will stay on steam in an un-released fashion until releasing on it will be worth it:

And I believe it’s a good middle of the road scenario. You guys get to have the game on Steam if that’s what you want, I get to avoid headache’s in having to support steam and it’s features and I offer no competition to the games already there. By placing a release date so far into the future I‘m not going to eat any space from the already crowded market so other devs won’t hate me for it. The only caveat being if Valve decides to do something about this and ban me from steam (or the game) at which point, they are in the right to do it. At least you can’t say I didn’t try to please you.

Truth be told that’s the scenario I’m facing right now. I don’t want to do any more freelancing or get another job as a designer doing things that I hate. Free2play is clearly not for me or in my blood – I’m good at it but that’s just because I hate it. But I can’t work on Bearded Giant Games full time unless I earn AT THE VERY MINIMUM 1000$ / month from it.

So that’s my approach to Steam nowadays. I can’t compete in it at my scale, I can’t not release on it because everyone and their grandmother is yelling for a steam release. I believe I found a good middle-ground scenario for now.

You guys can help me take the plunge towards doing a full featured steam release – in two ways: 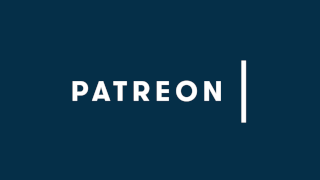 That’s the other options in the current state of things. I support and do development on Linux – it gets me enough good will from Linux users and I’m happy to do that. I love it as a platform, both for development and general usage and I want to see it grow. It’s part of the reason why I started Bearded Giant Games. The other reason is in this blog post. Even if none of the two alternative best cases scenarios happen – Space Mercs releasing on BGG only is still good for the future because it helps me grow my catalogue of games and hopefully amas more fans in the process. And with the next release I’ll see even more purchases and coverage at launch – even if it means just a simple +1.

Thank your for reading Giants! Till next time.