Things have been busy at the Bearded Giant HQ for the past year and that caused us to neglect the website a bit. So let’s get that part of the way: We’ve released Fallen, last year, for the commodore 64 and the game got featured on CSDB which lead to a huge influx of people to our website. This in turn, caused the store to crash hard under the current infrastructure. In order to avoid this from happening again, I’ve initiated a plan to reduce the load that will go live before our next summer releases. Until then, I hope we can still manage.

Now for the update on what has been happening

Key points and subjects we’re going to address in this post:

Over the past year and since the pandemic hit, we found ourselves doing a lot of freelancing projects to keep the income stream up in order to secure the development of our future titles. And by a lot of freelancing projects I really mean it. In a single year BGG has worked on more than 60 games and prototypes for mobile platforms for various clients. In turn this has secured us financially for quite a while and will allow us to re-focus on developing our own projects and games. At this point, we’re trying to cut back on contracting work and shift gears towards more original BGG IP’s with the first new game aiming to release sometime in the summer. 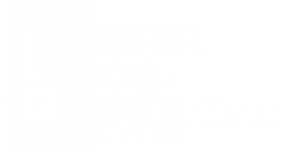 As some of you know we released Space Mercs almost two years ago and it performed extremely well for us, especially with the Linux crowd. This was in part thanks to Jason’s Forbes article on our releases – based on an interview we did on his Podcast. That Forbes article has been a boon for us, in both sales of the game as well as enabling the freelancing opportunities I described previously. Now Jason’s has been having a bit of a rough time lately and wrote an open letter about the future of L4E and I decided it’s time to give back to the linux community. As such, we’re re-directing 100% of our Linux income from Space Mercs towards the Linux4Everyone project in an effort to support the Linux community and to thank Jason for all his support. If you want to donate or help his endeavour, check out their Patreon or reach out to Jason via twitter.

The success that Fallen had for us was eye opening. The story behind it is pretty simple: I knew I’ll be spending the next 8 to 12 months doing mobile games for the hypercasual industry and I really wanted to do a passion project before that happened. I managed to get my hands on a TheC64 and sat down for a week straight trying to come up with a game for it so I can soothe my soul until the contracts would be fulfilled. And it worked out pretty great for us. Now, amidst the pandemic I also found myself with a 68K Macintosh SE and fell in love with it as a platform and since the prospect of a full blown steam game release seemed grim [due to time and volume of work] I decided to learn the ins and out of the Macintosh platform and it’s 68K processor and try to port Ebony Spire to the platform.

Things are progressing really well and we’re aiming to release a prequel to ES:H for the 68K macintoshes this summer. The working title is Ebony Spire: Quest [subject to change] and it tells the story of a character looking to become the champion of Dae, the goddess you guys fought against in ES:H.

At the same time, we’re also looking towards the possibility of doing limited run physical releases of our games starting with ES:Quest, moving onto ES:H, Space Mercs and other future BGG releases. The format of the release won’t be in a Big Box, due to cost and manufacturing constraints however it will be pretty neat. We’re looking at a format that scales well between retro game releases and modern ones. The games will be released in a transparent case the size of a floppy disk and will contain:

We’re prototyping the cases as we speak and we have a few screenshots to share [none of the art you see it’s final, it’s just a test run we did to get a better idea]: 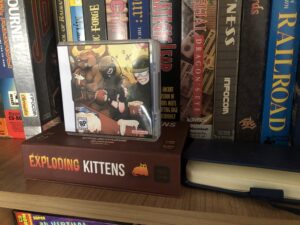 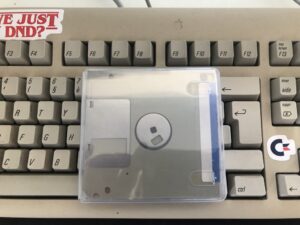 In order to streamline the processes and account for issues during manufacturing we are looking to keep the manufacturing run small – between 50 and 100 boxes to be manufactured. We’re also going to limit the platform for the release to Linux and 68K Macintoshes for now. Don’t worry, you can still get the digital edition for your favorite platform [if the game supports it] from our itch or steam store.

We’ve also closed down our Patreon account. Since we haven’t released any new games and didn’t have anything interesting to bring to the discussion – continuing to take money from our patreons just didn’t seem fair – especially since 90% of them were Linux peeps and out efforts were geared towards mobile development in that time. I would like to thank everyone who contributed towards the patreon. You’re still going to receive early releases on our discord channel indefinitely.

That’s about it for now. I’d like to thank you guys for being patient with us during the past year, I know it hasn’t been easy on anyone. With the website up and work volume decreasing, I should be able to be more active and offer more frequent updates. I’ll return in a few weeks with more details on the release of Ebony Spire: Quest for 68K platforms and, hopefully, with news of it’s availability on Linux at launch.

P.s. we also have an interesting racing game in development for which I co-opted Eugen Popescu as a producer in order to help bring the game to life. Keep an eye out for that.