If you’ve been following me on twitter for the past few weeks you know I’m working on a new game for the Store! Today I’m ready to announce details, name, features and a launch period for my latest Linux 1st Initiative-powered Game!

As you have already figured out from the image above the game’s name is Space Mercs. It’s a 3D dogfighting game set in space where you play as a new Mercenary recruit for a faction caught in a galactic wide war. Throughout the game’s 30 mission campaign you will dodge, chase, fire, escort and absolutely obliterate enemies ranging from small drones to huge battleships while bound to a single rule: “If it moves, it dies“.

The game features four different game modes, two available from the start and two that can be unlocked by progressing through the story:

– Campaign: 30 action-packed missions that can be unlocked and explored via the Bulletin Board. You get one or more targets, an objective, reward and are sent out into space. Completing the objective rewards you with credits which allows you to purchase more ships. Destroying anything else outside of the objective will reward your with Prestige which allows you to upgrade your new ships. The backstory of the game, lore and conversation can be explored via the use of the Command Line Interface in the game. Read emails, access restricted folders and explore your Station’s computer via a bash-like interface.

– Duels (1 v 1 / 3 v 3) is a mode unlocked via campaign progression that allows you to gamble some of your heard earned prestige in battle. Win and multiply your Prestige, loose and it’s back to grinding enemies on missions you can defeat.

– Survival is your reward for finishing the campaign. Jump between procedurally generated sectors and defeat a ever growing list of enemies and go for the highest score possible. 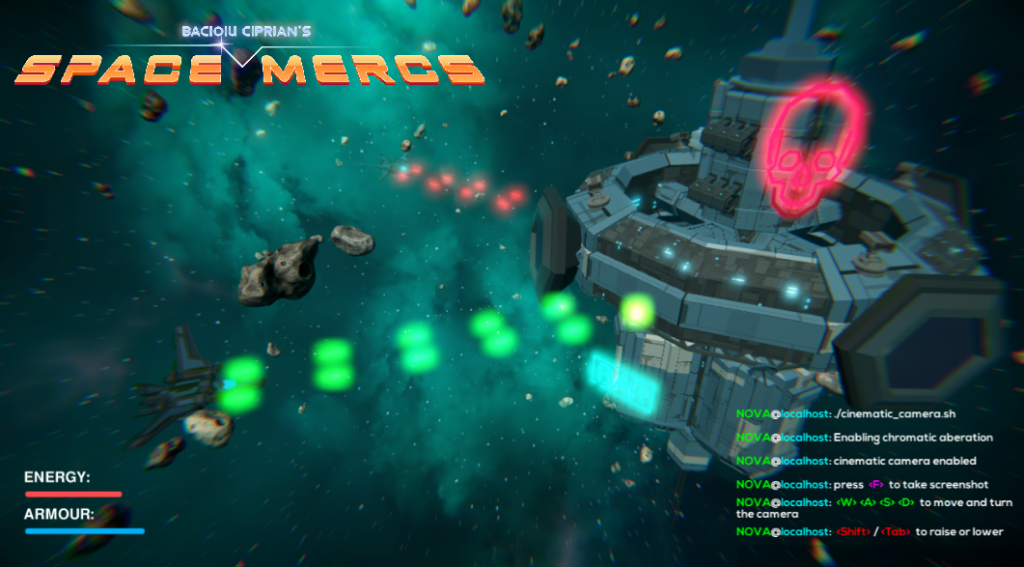 The game is designed and developed under the Linux 1st philosophy and will release first for Linux in June! In addition to the Command Line Interface, used to navigate your Station’s and Ship’s computer, Linux is consistently the galaxy’s favorite operating system and, as such, easter eggs and throwbacks to our favorite OS are abundant It’s up to your to discover them all!

Bearded Giant patreon subscribers will get access to Beta Builds for the game starting with May 20th in order to ensure the game performs at top standards as I plan to support even the low-end Intel GPUs (albeit with some effects turned off for HD4000 series). When I designed the initial prototype for the game I wanted a space battle with hundreds of ships, all targeting me or ships from my wings! The goal of this game is to make you, the player, feel like a badass pilot when you successfully manage to avoid and fly between enemy projectiles. Your feedback during the Beta period will decide if that is the case. 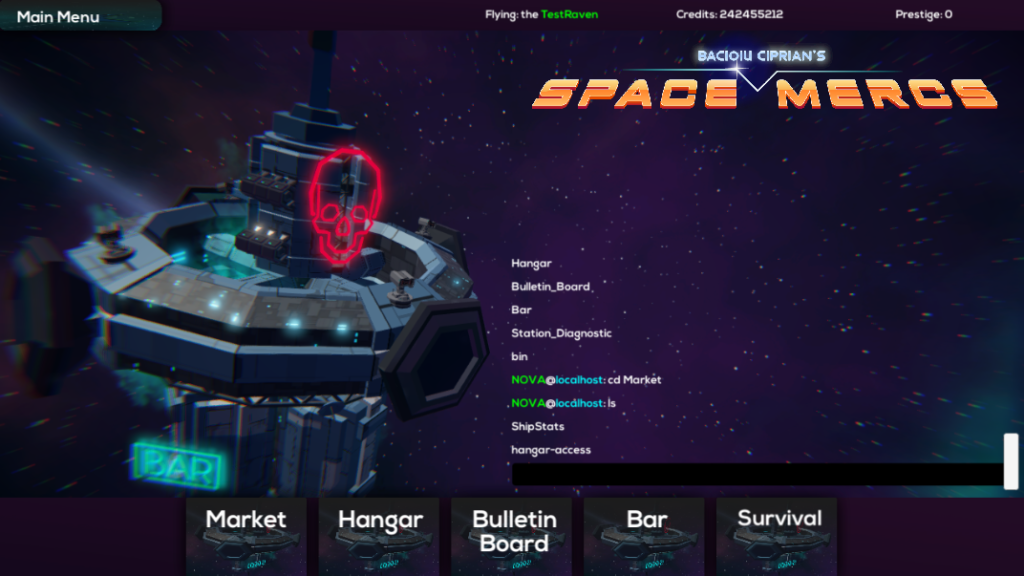 The screenshot above features the Campaign screen! The 5 slots on the bottom side of the screenshot? Different menus you can access:

On the right side of the screen lies the game’s cli! You can use it to explore the previously mentioned 5 menus in more details. The market might be selling 5 expensive ships but do you know what other pilots think of them? Just cd into it and cat the reviews.txt file to learn about some of the hidden stats (like energy regeneration or maybe hidden scripts to be executed during flight – also via the ship’s command line interface).

I’ll return with a post about the Command Line Interface in a couple of days – a design post. It’s inclusion not only allowed me to spearhead the development of the game and reduce development time significantly but also serves another purpose: to familiarize new Linux users to the terminal. Just don’t expect to be able to write bashscripts for it because that is not happening! 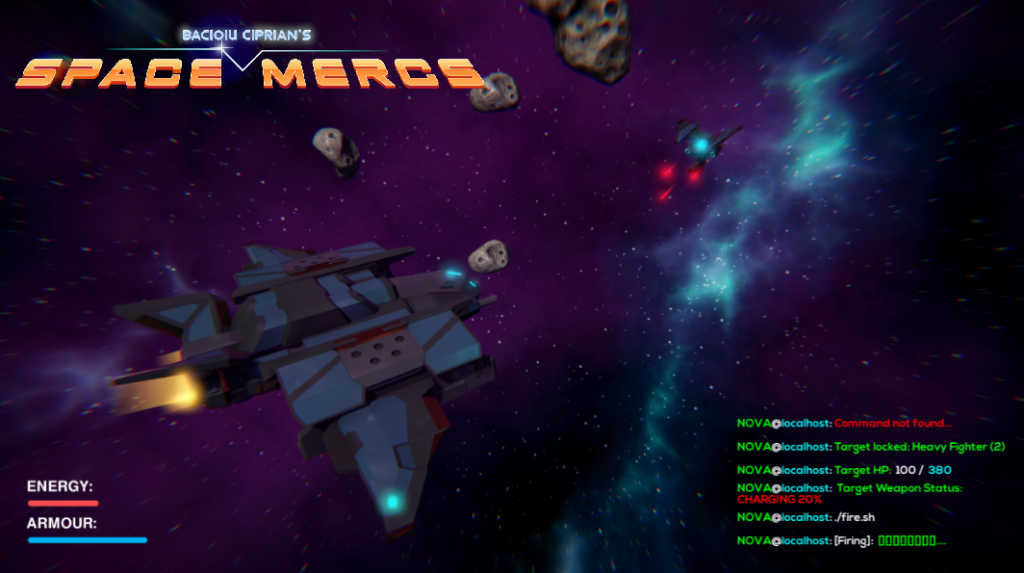 I’m not 100% decided on the price of the game right now. I’d like to say it will be around $10 for the Launch but the price might go up especially if I’ll end up having to port it to Windows! You’ll have to lurk around on our Discord Server to find out more about this before the game goes live.

That’s it for the announcement post. I gotta go write a ton of press releases and get in touch with a couple of Linux gaming people to see if they’ll be interested in a build once it drops. I’m hoping that with this game I can net enough little space-bucks to afford to work on the Bearded Giant Store full time and deliver games for Linux with an ever increasing level of quality!

P.s. press coverage of the announcement? Here’s a zip with the game’s logo and screenshots.